B is for Beachy Head 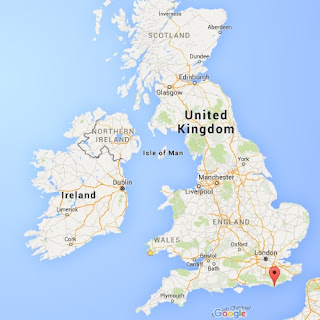 Today's stop on the A to Z Tour of Harry Potter Film Locations is Beachy Head.

Beachy Head can be found near Eastbourne, East Sussex, in the south of England.  It is a chalky headland, similar to the White Cliffs of Dover.  It is a popular place for out-doorsy activities (wind surfing, walking, bike riding, bird watching, people watching...).  There are no barriers around the cliff edge, so you need to be careful when walking around taking photos

In The Goblet of Fire, the Quidditch World Cup is held at Beachy Head, with most scenes a mixture of CGI and helicopter footage.  Harry and company can be seen landing at the top of the cliffs of Beachy Head, having been sent there by the port-key.  In fact, the red and white striped Light House can be seen in some of the panning shots (it was a bit difficult to grab a clear screen-shot of it though).  Once they land, Harry and friends walk in the direction of Eastboarne to find the campsite (a studio set), set in the empty fields behind Beachy Head. 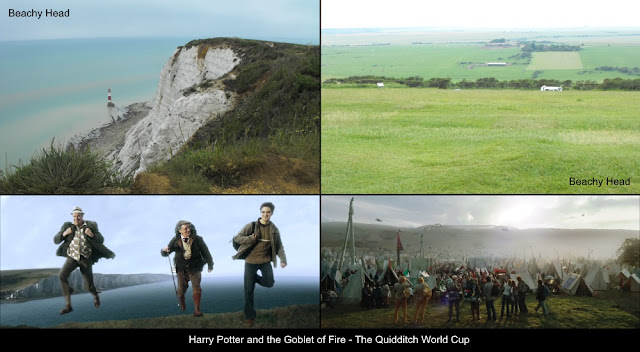 A shorter post today, with only the one scene filmed here.  Plenty of time to pop over to my other blog Fangirl Stitches, where I am cross stitching two alphabets for the A-Z challenge, both of which are available from my Etsy store of the same name. ;)  B is for Blastoise (Pokemon) and Bobby Singer (Supernatural)